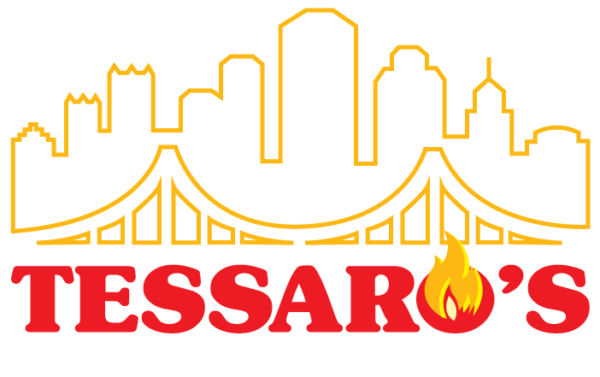 "Who would have thought the most popular restaurant

in Pittsburgh’s Little Italy would be a hamburger joint?"

"Who would have thought

the most popular restaurant

would be a hamburger joint?"

"Who would have thought

the most popular restaurant

would be a hamburger joint?" 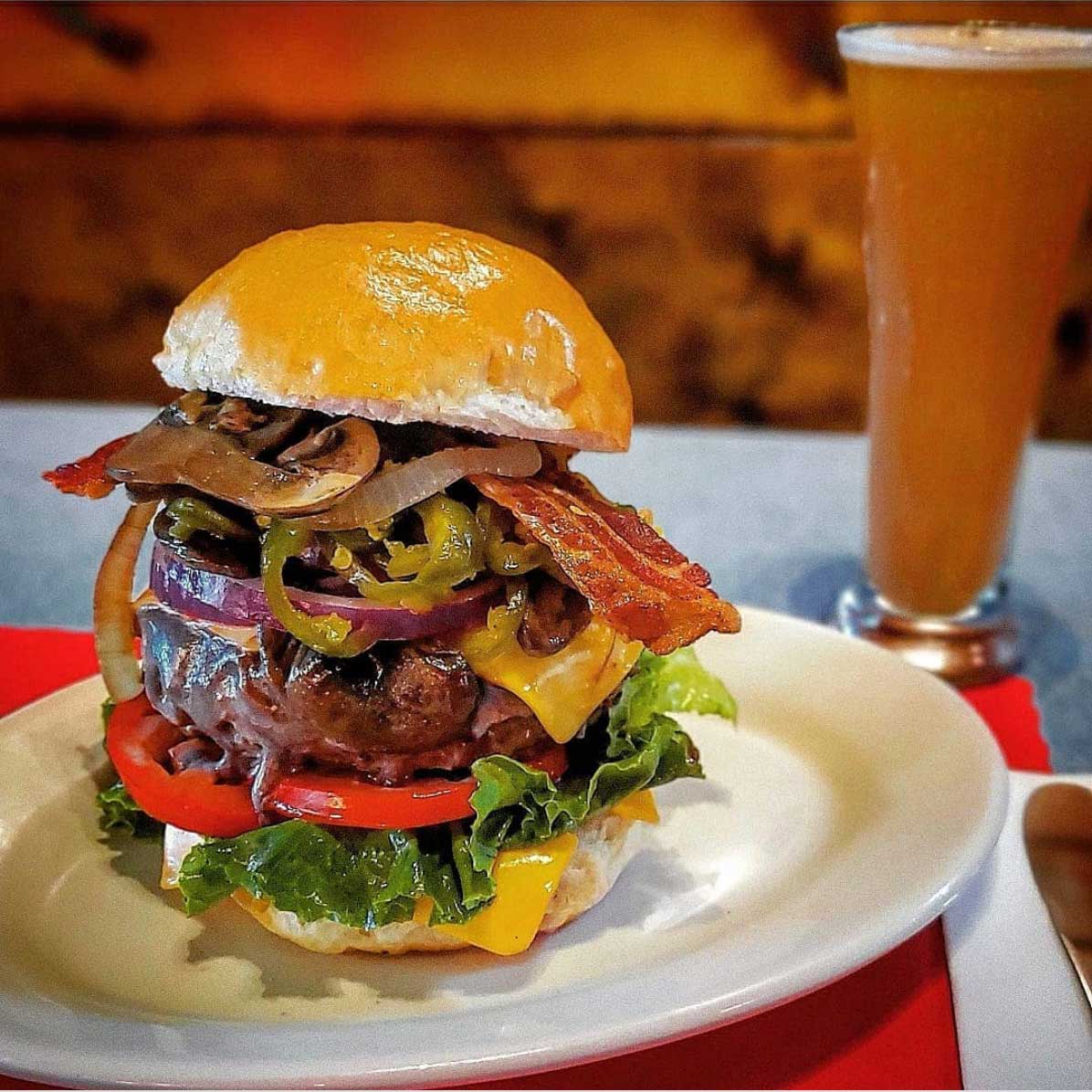 The Best Burger in Every State

PENNSYLVANIA:  People who are passionate about burgers tend to have a lot of opinions about how they ought to be cooked. Some people find chargrilling essential, others swear by a flattop, and it’s kind of difficult to get the two camps to meet in the middle. If anybody could make it happen, it might be Tessaro’s, the Harrington family’s legendary tavern in Pittsburgh, famous for having their own in-house butcher. Burgers here are grilled on cast iron over local hardwood coals, typically with the utmost care, then tucked into a soft, fresh bun from a nearby bakery. The flavor is terrific, enough that the restaurant is confident enough to offer up a straight hamburger with absolutely nothing else, though you certainly have the option to dress yours to the nines. 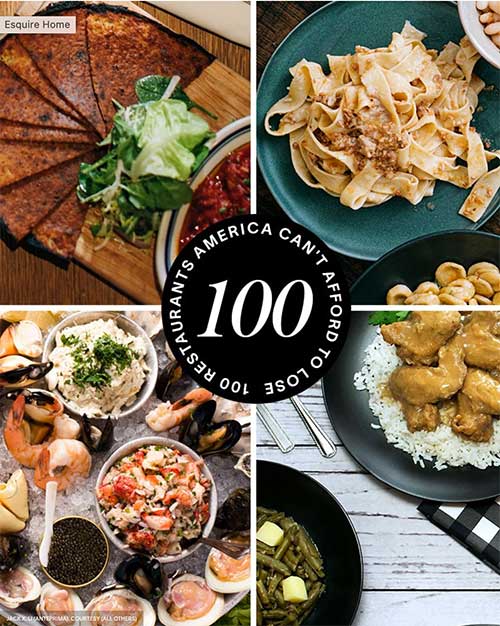 We’re raising a toast to these spots around the country—old and new, scruffy and spiffy—because if we lose them, we lose who we are.

Tessaro’s (Pittsburgh, PA): Don’t play around. Don’t walk in here and start getting precious about your Instagram picture—people will look at you funny. Just order a beer and a burger and keep your mouth shut. Listen. Look around. Everyone’s getting the same burger, as big as a flattened softball, salty juices seeping into the bun. Yinzers know. —JG 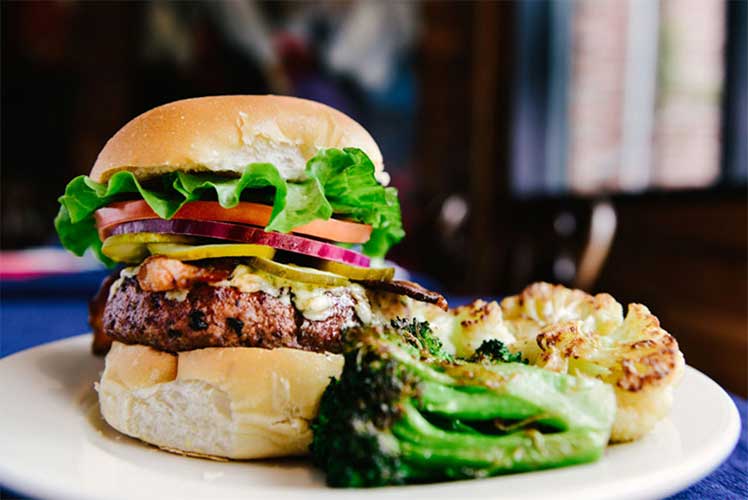 Who would have thought the most popular restaurant in Pittsburgh’s Little Italy would be a hamburger joint?

The allure of Bloomfield’s Italian restaurants faded years ago, but the restaurant that Richard Tessaro opened in 1981 remains as popular as it’s ever been. The Harrington family purchased the business in 1985, and matriarch Moira Harrington leads the operations today. Some of the staff have worked at Tessaro’s for nearly as long as the Harringtons have owned it — grill master Courtney McFarlane, for example, started in 1987. And customers are just as loyal — so much so that the Harringtons have twice expanded Tessaro’s into adjoining buildings.

Hamburgers are the specialty of the house, and they’re what you want to get when you visit Tessaro’s. In-house butcher Dominic Piccola double-grinds a custom blend of chuck, short ribs, brisket, New York strip and filet trimmings and McFarlane sears the 10-ounce patties on a custom-made, cast-iron grill, using a variety of Pennsylvania hardwoods such as oak, maple, hickory and ash. Sure, Pittsburgh is a great hamburger town, and there are a lot of places to get a good one, but these smoky, meaty classics remain a must-do on your hamburger checklist, particularly if you can grab a seat at the gorgeous vintage bar. 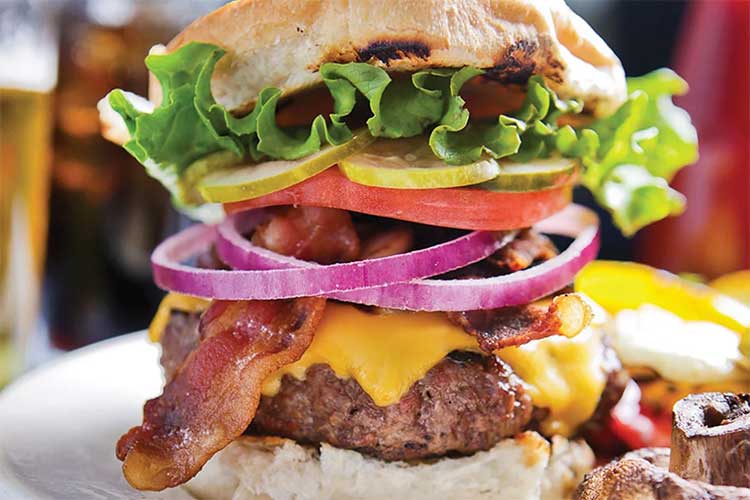 Best Of The Burgh 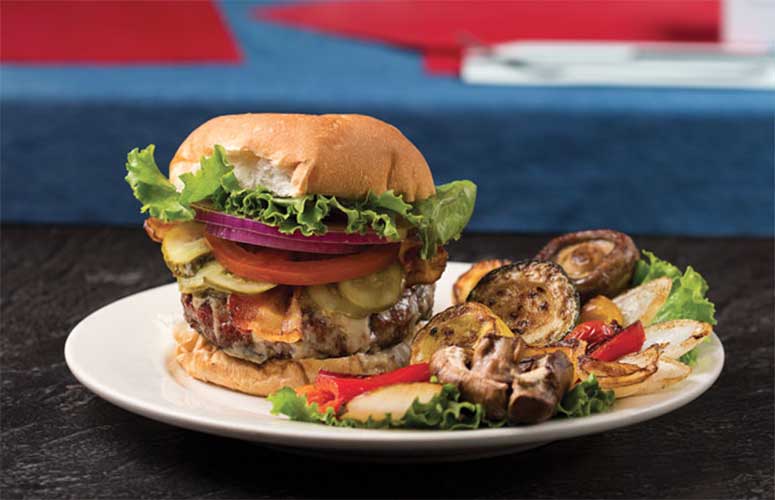 Translation: Half a pound of premium beef — carefully blended and ground in-house every morning by Tessaro’s personal butcher — is seared on a 600ºF hardwood grill with red oak, maple, ash, and hickory timbers; then topped with bacon, sautéed mushrooms, onion, lettuce, tomato, and your favorite cheese. (As shown, Gorgonzola is strongly suggested.)

Why we love it: Crispy on the outside and incredibly tender underneath, this melt-in-your-mouth creation will crush your hunger and warm your soul with every bite. Throughout his 28 years at Tessaro’s, “Master Grill” Chef Courtney McFarlane has become “an expert at getting burgers the way you want them,” says co-owner Moira Harrington.

Why they love it: On her quest to make customers feel at home, Harrington learned that the best burgers require dedication. “It’s the butcher, it’s the way they’re cooked, it’s the fresh ingredients. Nothing is frozen, and that really makes a difference,” she says, noting the restaurant’s daily deliveries of produce and locally made buns.

What to order it with: Though you’d probably expect a patty this patriotic to accompany a heap of fries, you won’t find any here. In fact, in a bold and admirable plot twist, Tessaro’s doesn’t even own a fryer. Ask for the grilled veggie kabob instead — it’s marinated lightly enough to be eaten plain, or added to your burger for an extra flavor pop.

Food for thought: When you’re here, you’re family, and you can (literally) have whatever you like. Cooked to order by both size and temperature, Tessaro’s classic eight-ounce burgers have also been prepared in four-, six-, and even 12-ounce portions, ranging from “Pittsburgh rare” to “medium minus” to “well done.” Says Harrington, “[As a burger bar], you don’t necessarily have to be the best. But you do have to be different.” 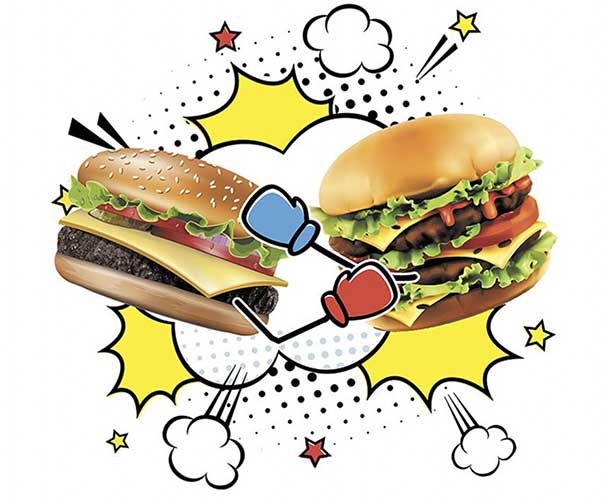 “Went here for the first time about a week ago and had an amazing experience. My boyfriend got the filet and I got the chicken kabob – the filet was buttery, melt-in-your-mouth perfection and the chicken tasted smokey and juicy, and veggies had the perfect smoke and char on the outside. Best meal we’ve had in Pittsburgh and we both grew up here/lived here for years. Honestly I’ve never been to a place this unique. I was originally a little peeved because they didn’t accept reservations but now I understand why. THEY ARE SO GOOD THEY DON’T HAVE TO. I would wait forever outside even if it’s cold. Staff was friendly and attentive. I have no idea how I didn’t know this place existed but I’m hooked.We can’t wait to come back and try the burgers. I’ve been thinking about it all week! Aside: completely COVID compliant.”

“Someone told me the best burgers in the Burgh were here. I didn’t believe them; everybody says things like that. But, they were right. The seasoning and flavor of the burger was without equal. It was enormous, definitely a two-hander. Good bun, complimentary but not overpowering condiments and additions. I want to try everything on the menu. Are you still reading this review? Why? Eat their food for yourself and see if I’m wrong.”

“I stopped in today for their deluxe rib eye steak sandwich and it was DELICIOUS!! It was cooked perfectly to my request of medium rare, the steak was juicy and tender and cooked over a hardwood grill for a great smoky taste. Inside was very clean, and servers wear masks. Satya, at the bar, makes phenomenal mixed drinks, and a pleasure to talk with. I can’t say enough good things about Tessaro’s. They also make the best burgers in Pittsburg!”

“Despite the pandemic crisis, Tessaro’s owner has improved the experience for its customers. High quality food in a lovely environment, nice servers and beautiful place.”

“A fantastic restaurant all around. lThe burgers are great but the best is beef ribs on Thursday. Can’t go wrong with anything on the menu.”

“Has my FAVORITE burgers!!! Any time I get down to the Pittsburgh area, that is an absolute MUST STOP of the day.” 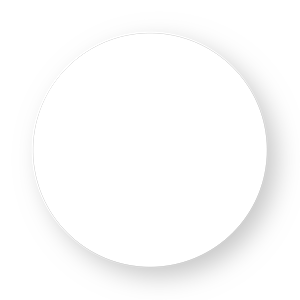